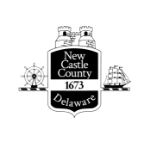 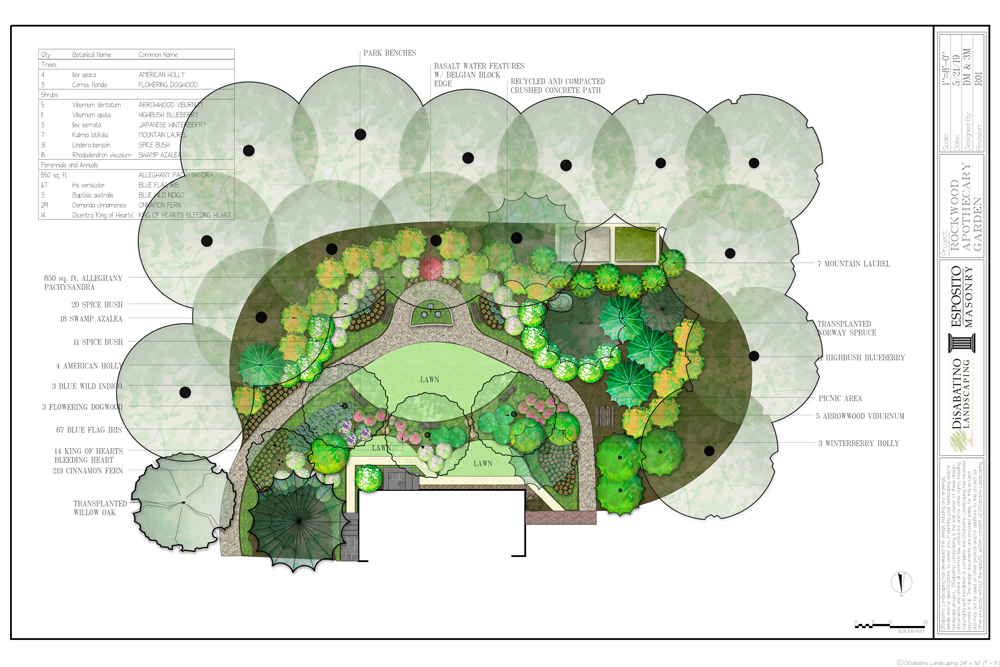 Celebrating the Legacy of the Bringhurst
Apothecary and Drug Store

Considered a Sensory Garden, plants native to Delaware were carefully selected to provide sensory stimulation through scents and colors. A water feature made of basalt columns, like those found at the Giant’s Causeway in County Antrim, Northern Ireland, adds visual texture as well as sound to the landscape. The curving paths are wheelchair accessible, and the habitat is friendly for bees, birds, and all of the park’s creatures.

In addition to being beautiful, many of the plants in the Rockwood Apothecary Garden are used for medicinal purposes. Tours and programs in the garden highlight how these beneficial plants were used to make medicine.

The inspiration for the garden comes from the Bringhurst legacy in Delaware as the owners of the first pharmacy in Wilmington opened in 1793 by Dr. Joseph Bringhurst, MD, great-grandfather of Edward Bringhurst, Jr. the patriarch of the Bringhurst family who moved to Rockwood in 1894 and whose furnishing, clothing, paintings, and photographs are seen in the Rockwood Museum today.

Edward Bringhurst Jr.’s daughter, Elizabeth Bringhurst Galt-Smith lived for a time in County Antrim, Northern Ireland and even collected basalt columns from the Giant Causeway and brought them back to Rockwood upon her return in 1922. These stones, once displayed on South Lawn, are currently in collections storage.

The Rockwood Park is a Certified Wildlife Habitat by the National Wildlife Federation and Rockwood is listed on the National Register for Historic Places.

The garden was designed and built through the coordinated efforts of DiSabatino Landscaping with support from Rockwood Horticulturist and Acting Park Director, Dena Kirk, staff member, Marina Rosaio-Roddy, and Rockwood Park Preservation Society.

In 1793 Dr. Joseph Bringhurst, MD, moved his medical practice from Philadelphia to Wilmington, and established one of the region’s first drug stores at his residence located at what is now 317 Market Street in Wilmington. In 1802 Bringhurst is appointed postmaster of Wilmington by President Thomas Jefferson, a post he maintained throughout the Madison and first Monroe administrations, being succeeded by Nicholas Gilpin Williamson, Esq. in 1820. Throughout Bringhurst’s term as postmaster, the post office operated out of his home, medical practice, and drug store on Market Street. (Source: Thomas Jefferson letter discovered in the Rockwood Archives from The University of Delaware Archives website)

Ferris Bringhurst died on March 16, 1871 after an accident in the pharmacy's laboratory on March 11 of the same year. He was making a sample of oxygen for a planned lecture when it exploded causing fatal injuries. After his brother’s death, Edward Bringhurst, Jr. remained active with the pharmacy until 1876. Edward moved his family to Rockwood in 1892.

Ferris Bringhurst is credited as a founding member of the Delaware SPCA after he invited a group of friends to meet in his home on May 19, 1870 to discuss his concerns about the treatment of cattle at the Wilmington cattle yards. From these meetings, the Wilmington Fountain Society formed. At this first regular meeting, held March 6, 1871, Mr. Ferris Bringhurst, pharmacist, was elected President. He only served in this capacity for less than a week before his fatal accident. The Wilmington Fountain Society would eventually become the Delaware SPCA. (source: delSPCA.org, Our History)

Items originally from the Bringhurst Pharmacy in Wilmington can be seen today at the H.R. & W. Bringhurst Druggist and Chemist in the Village at the Mystic Seaport Museum in Mystic, Connecticut. The Bringhurst collection was given to Mystic Seaport by Smith, Kline & French Laboratories, which acquired it following the discontinuance of the Bringhursts’ Wilmington, Delaware, store. (source: https://www.mysticseaport.org/locations/drugstore/ )

You will find a portrait of Ferris Bringhurst in the stair gallery in the museum, with three portraits of Edward Bringhurst, Jr. in the Dining Room along with many photographs throughout the museum. A portrait of Dr. Joseph Bringhurst, which once hung in the museum, is now in the possession of the Hargraves family, descendants of Edith Ferris Bringhurst Sellers. A monument dedicated to Ferris can be found along the Brandywine River in the Brandywine Park near the Rose Garden.

Major Campbell was a B-17 pilot during World War II and the recipient of the Distinguished Flying Cross. After his active service, he and his wife, Bess, owned and operated the Port Penn Canning Co.

Dr. Campbell was a lover of nature and outdoors, regularly enjoying walks through the gardens and trails at Rockwood Park.  His daughter, Peggy Campbell Alderson, gave the generous donation in his loving memory to create the Rockwood Apothecary Garden.

Plants of the Apothecary Garden

Please note: the medicinal properties of these plants are provided for educational purposes only with no intention of suggesting a use, dose, or potential treatments. It is not recommended to use any of these plants for personal medical purposes.

It is with extreme gratitude that RPPS accepted a donation on July 3, 2019 from the Board Secretary Peggy Alderson to honor her father Dr. Jason L. Campbell. To honor and recognize this unsolicited donation New Castle County will acknowledge it in the form of a name plate or paver.

The estimated cost of the Apothecary Garden will be $77,500.00. Preparation, development and installation will begin in September 2019 and most likely completed late October early November 2019.

By Executive Order 2018-10 all plants will be native to the state of Delaware. Also, the pathways will 5’ wide at all points using crushed stone as a base. Refer to the master plan for additional details.